Alexander Bruce Duncan (born 9 April 1954) is a Canadian writer and editor who has contributed to spiritual philosophy, poetry, and social and political activism in print and online.

Alex was born in Toronto, Ontario, the firstborn son of Carole Watkin, a ballet dancer. The Watkins’ were Welsh-English, including among their ancestors a mayor of Cardiff, Carole being the first generation born in Canada. Alex’s  birth name was Barry Watkin. He was adopted in June 1955 by Gordon MacDonald Duncan and Mary Annabelle Duncan nee Scott. Gordon Duncan worked as an executive in the financial industry, and was a noted golfer and a member of the Summit Golf and Country Club in Thornhill, Ontario. Gordon’s mother, Donelda Duncan, was the wife of the Canadian distributor of Spode china. Anne Duncan was the only daughter of four children of Robert Scott, an American real estate entrepreneur, and Mary Gertrude Scott, born in Ohio. Robert and Mary Scott moved to Ontario during the Great Depression in order to avoid organized crime in Chicago.

Alex was raised in King City, Ontario, where he attended the Doris M. Patton (grades 1-6), Eva L. Dennis (grade 7) and King City (grade 8) Public Schools between 1960 and 1969, followed by the Dr. G.W. Williams Secondary School in Aurora, Ontario between 1969 and 1973. He went on to complete his first year at Brock University in St. Catharines, Ontario in 1973 and 1974. His father died on November 22, 1974 of hereditary polycystic kidney disease. Alex took a year off of school and returned to York University in 1974, graduating with a four-year honours Bachelor’s degree in English literature in 1978, with a special interest in philosophy and poetry. He completed the first year of a two-year Masters program in English in 1980, at which point he dropped out of school to enter the publishing field as an editor for the Carswell Company of Canada, a well-known legal and professional publisher, where he researched and produced Carswell’s Index to Canadian Legal Literature. Alex also holds the Financial Management Advisor (FMA) designation from the Canadian Securities Institute (CSI). He is semi-retired and living in Toronto with his dharma cat, Zenji.

Alex developed a keen interest in spiritual philosophy in 1964 or 1965. As a result of the influence of his grade 4 public school teacher, Mrs. Peckover, he resolved to seek out the spiritual life. This interest was further encouraged by a UFO sighting that he experienced in August 1967 or 1968. Alex went on to make a comprehensive comparative study of astrology, the Western esoteric tradition, shamanism, Jungian and transpersonal psychology, and the perennial philosophy, especially Hinduism, Buddhism, and Taoism. He was further encouraged in these pursuits by Joseph Smillie, his grade 11 history teacher, in 1971 or 1972, who also facilitated his growing interest in the ethnology of psychedelics and their relationship to spiritual experience.

After 2000 Alex decided to focus on Buddhism, and he enrolled in the Nalanda College of Buddhist Studies, studying under Dr. Suwanda Sugunasiri. He has also been a student at Rigpa and the Nalandabodhi Foundation, and attended some talks of Michael Stone at the Centre of Gravity Buddhist Association. He formally swore the vow of a bodhisattva in accordance the Tibetan tradition in June 2011 and again at the Winter Solstice, December 2012, in the presence of a witness, after which he began seriously writing on Buddhist topics. He has taught dharma philosophy at the Buddha Center, Dharma by the Tracks, Riverview Dharma Center, Dharmata, and the New Dharmata Temple, as well as contributed extensively to Quora and Goodreads. 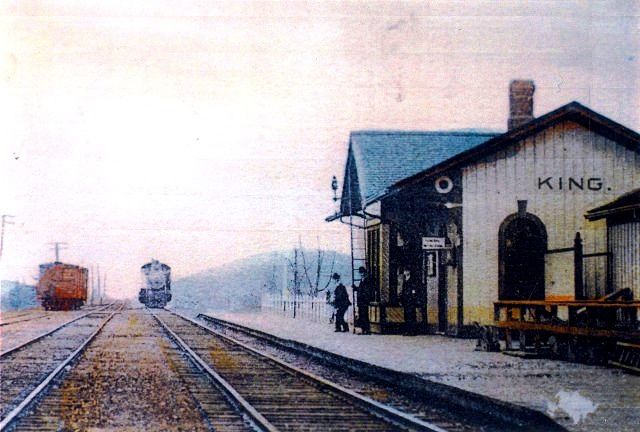 Alex was raised in King City, Ontario, a rural train stop that was fast becoming a bedroom community for the Toronto financial elite in the 1950s and ’60s. However, Alex quickly saw the ugliness and vicious mediocrity of financial/militaristic capitalism. By age 18 Alex had already concluded that the capitalist cult and the privileged classes that support it (and that it supports) are hopelessly corrupt and destructive, and he turned his attention to socialism, especially Noam Chomsky, Chris Hedges, and others. Marxists, however, left him cold, until he discovered the work of Dr. Richard Wolf. He also studied the works of R. Buckminster Fuller, Paolo Soleri, and Jacques Fresco, and became interested in the Technocracy Movement of Howard Smith. As a result he developed a keen interest in architecture, urban planning, and public housing, which attracted the attention of Toronto Life magazine when he was a member of the Green Party. In 1985 he was briefly associated with the Grantosh intentional community in Pleasant Bay (formerly Limbo Cove), Cape Breton Island, Nova Scotia, founded by South African expatriate refugee artist Leonard Jordaan and his partner, Raymond Bedard, near Gampo Abbey.

After the economic collapse of 2008 and the rising concern about the environment, Alex became interested in the social and political implications of Climate Change, and supported the Zeitgeist Movement of Peter Joseph and the Extinction Rebellion movement. He has been a member of the Liberal Party of Canada, the New Democratic Party, and the Green Party, but is not currently a member of any political party or organization. Alex is a green libertarian socialist or post-anarchist and a supporter of Jeremy Corbyn and hopes to see a similar movement arise in Canada. He also maintains a Facebook page with the intention of increasing consciousness about the probability of social collapse in the near future and the imperative necessity of a social uprising to prevent complete, now imminent, social and economic breakdown and further environmental devastation.

Alex has published under several pseudonymns, including Max Demian and Seten Tomh. He has been encouraged by Dr. Robert Thurman and his work praised by the late Michael Stone.

Some of my talks have also been republished by the Tibetan Buddhist Encyclopedia and Sutta Central.