Presented to the members of the Buddha Center on Sunday, December 6, 2015. 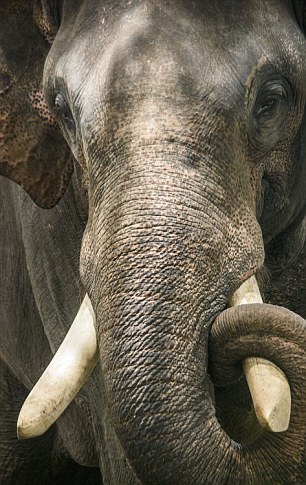 Reputedly descended from the quasi-mystical land of Uttarakuru, the Buddha is wandering with a large number of monastics in Kuru, in the northwest area of the mahajanapanas, when he arrives at the town of Thullakotthita.

Ratthapala, described as a young man, belonged to the dominant clan, the only son of a wealthy family, when he formulated the intention to become a monastic, so he visits the Buddha with a group of brahman householders. After the Buddha gives them a dharma talk, he stays behind and asks the Buddha for ordination.

The Buddha asks Ratthapala if he has his parents permission to join the sangha. Since it was Suddhodana, the Buddha’s father, who had asked the Buddha to institute this rule, this dates this sutta to after Suddhodana’s death, which occurred when the Buddha was about 40 years old. However, Ratthapala’s parents would not give their consent, as he was their only son and they feared that, being raised in privilege, he would not be able to adjust to the life of a renunciate.

Ratthapala is so distraught that he lies down on the floor and declares that he would die there rather than not join the sangha. His parents call on Ratthapala’s friends to encourage him to get up and enjoy the householder life, including making merit. The Thai edition of the Pali Canon states that Ratthapala fasted for seven days (otherwise the sutta simply states that Ratthapala is weak when he finally gets up). However, Ratthapala would not be prevailed upon, so his friends encourage his parents to allow him to go forth with the argument that they would still be able to see him from time to time and, if he does not enjoy the monastic life, he would return to them. So his parents relent on the condition that he visit them from time to time.

Ratthapala goes to the Buddha and informs him that he has his parents’ permission. The Buddha gives him full ordination. Later the Buddha proclaims Ratthapala to be the foremost of those gone forth in faith.

Subsequently the Buddha wanders on to Savatthi (Shravasti), the capital of Kosala, where he stays in Jeta’s Grove in Anathapindika’s Park. Meanwhile Ratthapala works on himself in seclusion and attains arhantship. Bodhi notes that, whereas the text says that this occurred “before long,” the commentary states that it took twelve years, whereupon he resolves to visit his parents as agreed. The Buddha having given his permission, Ratthapala returns to Thullakotthita, staying in King Moravya’s Migacira Garden. Going on alms round, he comes to his father’s house.

However, he is not welcome at his father’s house, since his father blames the sangha for losing his son. Clearly the Buddha was not popular everywhere or with everyone. It is not quite clear whether this abuse was at the hands of his father, who, the text points out, only saw him “in the distance” while he was having his hair done, in the hall of the central door, but when Ratthapala asks a slave woman to give him some porridge that she was about to throw away, she recognized him. She told this to Ratthapala’s mother, who freed the slave woman from her bondage out of gratitude, who tells Ratthapala’s father. Meanwhile Ratthapala is eating the porridge beside a shelter, showing that monastics also wandered solitary and took the alms for themselves, and even asked for alms in certain circumstances. Ratthapala’s father goes to him. Contrary to Bodhi’s assertion, he seems to have no problem recognizing him, but is rather overcome by emotion and invites him to eat the porridge in his own house. Ratthapala, however, refuses, declaring this his meal for the day is done but he agrees to come the next day for his daily meal.

Ratthapala’s father then hatches a plan, and calls upon Ratthapala’s wives to attire themselves in their finery. He also makes a large heap of gold coins and bullion and covers it with mats (a rather strange image, the Thai edition says that the money is concealed by a screen rather than by a mat). Finally, he prepares a meal of good food of various kinds. Next morning, he calls upon Ratthapala to come. When Ratthapala comes, his father offers him the gold – his maternal, paternal, and ancestral fortunes – and entreats him to return to the home life. Ratthapala, however, advises his father to dump the gold in the Ganges since it will bring him nothing but suffering.

His wives then ask Ratthapala what the nymphs are like for whose sake the monastics lead the life of renunciation. This is a theme that comes up elsewhere in the Pali Canon, where the Buddha seduces a householder into the monastic life with the promise that he will encounter nymphs more beautiful than any woman, presumably reflecting a view of the time concerning deva women, perhaps the goal of some samanas, but Ratthapala tells them that this is not the goal of the Buddha’s monastics. Ratthapala refers to his wives as “sisters,” and they faint from shock or surprise. Ratthapala becomes impatient, and asks his father to stop harassing him but to give him his daily meal he promised. His father serves him with his own hands. To a modern reader Ratthapala comes across as quite stern and abrupt, even rude. After eating, Ratthapala spontaneously composes and recites a poem in which he compares his wives to puppets, describing their bodies as as sick, filthy, and covered with sores, and skeletons in fine attire. Since the skin is an excretory organ, this description is literally correct. He concludes:

The deer-hunter set out the snare
But the deer did not spring the trap;
We ate the bait and now depart
Leaving the hunters to lament.

Whereupon he returns to King Koravya’s Magacira garden to spend the day in meditation at the foot of a tree, where he is seen by the King’s gamekeeper, who tells the king. The king goes to pay his respects, along with his most eminent officials. He brings an elephant rug for Ratthapala to sit on, but he disdains to do so.

The king observes that there are four reasons why many people undertake the monastic life, including ageing, sickness, loss of wealth, and loss of relatives, but it seems that Ratthapala has not experienced any of these kinds of loss. Therefore, the king asks Ratthapala why he has undertaken the monastic life?

Ratthapala’s response is a fourfold summary of the dharma:

Note Ratthapala’s rejection of “any world.” The goal of Buddhism is not rebirth in a higher world or a mythical heaven, but rather the transcendence of the whole world system of samsara altogether.

Finally, Ratthapala reasserts what I have repeatedly called attention to in this series of talks, the centrality of wisdom as the essential salvific principle:

Better is wisdom here than any wealth,
Since by wisdom one gains the final goal.

Finally, he reiterates that karma follows one from life to life, perpetuating suffering.