Widely misrepresented in the West as an enlightened master who can consciously will the circumstances of their rebirth, Dr. Alex Berzin provides a rare glimpse into this topic in his discussion of Guru Yoga. It is clear from the fact that tulkus must be re-educated, and the behaviour of some tulkus (although many tulkus are “proclaimed” for purely political reasons and are not actual tulkus, a different topic),[1] that tulkus are not actual buddhas or even necessarily high lamas at all. This has led to considerable puzzlement in the West. In fact, according to Dr. Berzin, tulkus are a relatively minor category of spiritual practitioner, certainly less than a lama – an overused title in the West – according to Dr. Berzin’s exposition, which is based on an impeccable mastery of the Tibetan tradition (Dr. Berzin is a master scholar-translator who has translated for HH the Dalai Lama and other high lamas and is a Buddhist practitioner in his own right). According to Dr. Berzin, one can even choose to become a tulku by fulfilling just four requirements.

The Dalai Lama is a tulku. The procedure of discovery is complex and is the same for all, though probably more exacting for high-ranking tulkus. It involves a detailed examination of the cremated remains of the deceased for indications of the direction of the rebirth, etc.; written or verbal instructions or prophecies left behind by the deceased and others; dreams and visions of high lamas charged with the task of intuiting the place, home, family, etc. of the rebirth; oracular pronouncements, including by the Nechung, the State Oracle of Tibet; divination using devices like the Mo (the Dalai Lama regularly uses the Mo to confirm the rebirths of tulkus); astrological indications; natural signs (rainbows, blossoming of trees, earth tremors, etc.); and a physical search based on the convergence of all of these indications, which can take several years, culminating in a test of the child, now several years old, involving recognizing people and objects associated with the previous Incarnation, as well as memories of their past life. These memories fade rapidly, so it is imperative to locate the tulku before he is too old, and not all tulkus pass these tests, although the current Dalai Lama did, even though he does not claim to be the rebirth of the Great Thirteenth Dalai Lama himself, but of someone close to him (see below), creating something of a paradox. Interestingly, the scientific study of reincarnation (e.g, Dr. Ian Stevenson, etc.) also focuses on spontaneous past-life memories of young children. However, tulkus are also identified later in life, in their 30s or even in their 50s, or posthumously. There are also cases of self-recognized tulkus. 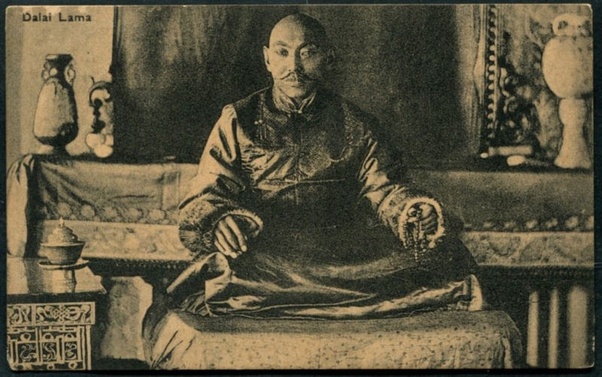 Something that is not widely known or understood is that an authentic tulku is not always a rebirth of the same mind stream as the previous tulku, especially in the Gelug sect, to which the Dalai Lama belongs. The following is a note of Alex Berzin on the tulku system:

His Holiness the Dalai Lama has explained, specifically in reference to his own line of Dalai Lamas, that successive members of a tulku line are not necessarily successive members of the same mental continuum. Persons who have a strong connection with a great spiritual teacher, such as being his or her close disciple, can, on the basis of strong bodhichitta, prayers and a great store of positive potential, reincarnate as a tulku emanation of that teacher. Their prayers would be, for instance, to be able to carry on the work of that teacher.

Thus, when great spiritual masters reincarnate in several bodies at roughly the same time (such as in body, speech, and mind aspects), these tulkus would undoubtedly be individual beings with individual mental-continuums. They would all be persons with a strong spiritual connection with that master and would have had the intense wish to continue that master’s spiritual work.

Furthermore, His Holiness has explained that when some lines of tulkus are considered emanations of Avalokiteshvara, Manjushri, Amitabha and so on, they may in fact be emanations or they may merely be conduits of the strong inspiration from these Buddhas to act on their behalf in this world.

The Dalai Lama has created a legal entity, called the Gaden Phodrang Trust, with responsibility to locate and confirm the rebirth of the Fifteenth Dalai Lama. Despite the common view that the tulku system is a Tibetan innovation, the Buddha discusses the possibility of intentional rebirth in the Pali Canon.

By becoming a tulku one has in effect created a lineage of tulkus that can continue into the future.

So, if you wish to be reborn as a tulku and establish your own lineage in subsequent lives, cultivate your altruistic aspiration to buddhahood, realize yourself as divine, practise conscious dying, and pray for rebirth as a tulku.

Reginald A. Ray. Secret of the Vajra World: The Tantric Buddhism of Tibet, Vol. 2, Chapters 15-18 (Boston: Shambhala, 2001). This new information is not reflected in the blog yet.