The practice of the Vajrasattva mantra includes:

A corrected Sanskrit text of the Vajrasattva is as follows:

The literal translation of Dr. Alex Berzin is:

According to the great thirteenth century Guru Chowang,[1] eight hundred repetitions of this mantra in one sitting guarantees rebirth as a bodhisattva (the operative words here being “repetitions” and “sitting”). 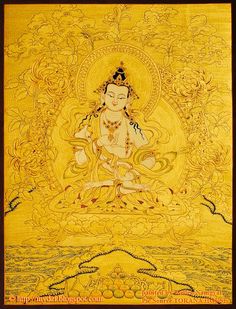 As one recites, one must strongly realize the identity of Vajrasattva and the Clear Light Mind, aspire to him, imagine him fully entering into and purifying your being, and becoming real in your presence. Count on a mala while seated cross-legged before an image of Vajrasattva, followed by resting in the meditative attitude, meditating on impermanence, and the transfer of merit.

100,000 repetitions (800-1,000 hours) of this practice constitutes the essential requirement for Ngondro, remembering that the true practice is the interior realization, not the ritual.

It is said that the proper performance of this practice will bring a sensation of lightness, wakefulness, well-being, lucidity, and insight.

[1] Chokyi Wangchuk (chos kyi dbang phyug) (1212-1270), popularly known as Guru Chowang, was born in Lhodrak. By the age of 4 he was able to read and write, and by the age of 10 he was studying astrology, medicine, and Tantra. He received bodhisattva vows at 18.  He came into possession of the treasure inventory of Drapa Ngonshe (1012-1090) at the age of 13, which had the reputation of being extremely dangerous. His father hid the treasure inventory from him, but at the age of 22 he retrieved it and also discovered a supplementary inventory in the valley of Namkachen. Guru Chowang was an early chronicler of the treasure tradition and developed standards that enabled the practice of treasure revelation to become popularly accepted.